THE FOURTH STAGE OF PURIFICATION

Respect and Obedience to the Teacher

When a person rectifies his belief, learns the necessary Islamic rulings, removes any shortcomings and deficiencies in fulfilling the rights of Allah and His creation, purifies the seven organs, the thoughts of the mind, and the soul (nafs) from the evil traits and replaces them with the praiseworthy ones, then the vessel of the seeker has become clean and purified.

Now the time has come when his heart and inner self becomes enlightened with the Gnosis (the deep knowledge) of Allah (Salallahu alayhi wasalam) and now the heavenly winds of Allah’s closeness and pleasure begin to whirl upon his soul. In this stage firstly the seeker completely follows the teachings and sayings of his Teacher and Guide and gains a portion of his states and stations. In other words, he now completely follows his teacher and leaves the passions and desires of the evil self.

Obedience and love of the Messenger ﷺ
The result of following the Teacher is that the seeker now finds himself beside the blessed springs and fountains of the sayings, actions, states, stations, and the essence of the Holy Prophet Muhammad (Salallahu alayhi wasalam) and drinks from them according to his own level.

Obedience and love of Allah The Exalted (Annihilation in Allah)

When the seeker completely follows the Holy Prophet (Salallahu alayhi wasalam) to his own ability and level and his life becomes coloured in the colour of the Holy Prophet ﷺ then Allah the Exalted makes him His beloved – After that the person wholeheartedly strives to follow the sayings and guidance’s of Allah عز و جل and decorates himself with the praiseworthy attributes and then he drinks continuously from the sacred rivers of Divine gnosis, closeness, and pleasure.

Now his outward and inward is enlightened with the love and obedience of the Holy Prophet (Salallahu alayhi wasalam) and Allah (SWT)  the exalted and his heart and inner self always remain in the presence of Allah (SWT) The person begins to attain the stations of ‘Presence with Allah which is known as ‘Ihsaan’ (Perfection in servitude) in the Hadith.

Station of calling the people to Allah the Majestic (Muqaam Dawah)

When a person reaches this stage then upon him is two responsibilities:

1) Wherever he has reached in the path he remains steadfast upon it. In other words, continuous practice and striving and not to show slackness and laziness because it is comparatively easier to rise higher but difficult to keep yourself higher. When the servant feels he is strong, at that time every time he may be weak and vulnerable to the plans of the devil and ego.

2) According to the best of his abilities and power he calls the creation of Allah to Allah’s obedience and servitude beginning from one’s own nafs (ego) then family, then tribe, then locality, then city, country and then the whole world, inviting them to the obedience and Lordship of Allah (SWT)  and to the way of the Messenger of Allah, the Leader of the Prophets, our Master Muhammad (Salallahu alayhi wasalam)

When a person reaches this station, he should hope for the Pleasure and closeness of Allah (SWT) and salvation in the hereafter. He should also be afraid due to his shortcomings and deficiencies as one cannot worship Allah (SWT) as He deserves to be worshiped and served. Now a person inwardly with the state of presence of Allah (SWT) and outwardly with the Prophetic way of life (Sunnah) continuously flies to his goal which is the pleasure of Allah with two wings, namely hope and fear. Hope in the Mercy of Allah and fear due to shortcomings in one's deeds and worship.

Now as the servant is doing everything to the best of his abilities, he should not rely on this effort and deeds but from the heart and inner self, he should always be in a state of need and poverty towards Allah  (SWT) the Lord of the worlds. As though his inner self keeps praying from the depths of the heart and soul “I can only attain Your Pleasure with Your Grace and Mercy, not because of my effort and deeds”. And whoever hopes from Allah His Mercy and Grace and adopts the appropriate means, Allah (SWT) then deals with him according to His Mercy and Grace.

The Day of Departure from the Earthy life

The servant of Allah  (SWT) in spite of doing his best according to his own abilities still fears as to which state he is going to leave this world in the state of faith (Iman) or disbelief (Kufr), righteousness or sinfulness? Will angels from paradise descend to take me or angels from Hell? Will Allah be pleased with me or displeased? The devil tries to lead a person astray to the very end. The servant of Allah (SWT) believes if Allah will deal with me according to my deeds, then Hell is waiting for me but if Allah deals with me from His grace and mercy then a blissful life is waiting for me. May you be one of those who are addressed with the sweet address: “O (thou) soul, in (complete) rest and satisfaction! Come back thou to thy Lord, ‐ well-pleased (thyself), and well‐pleasing unto Him! Enter thou, then, among My devotees! Yea, enter thou My Heaven!” Peace and blessings be upon the Prophet and upon his family and companions. Q’uran (Chapter 89: Surah Al-Fajr: Verse no: 27-30) 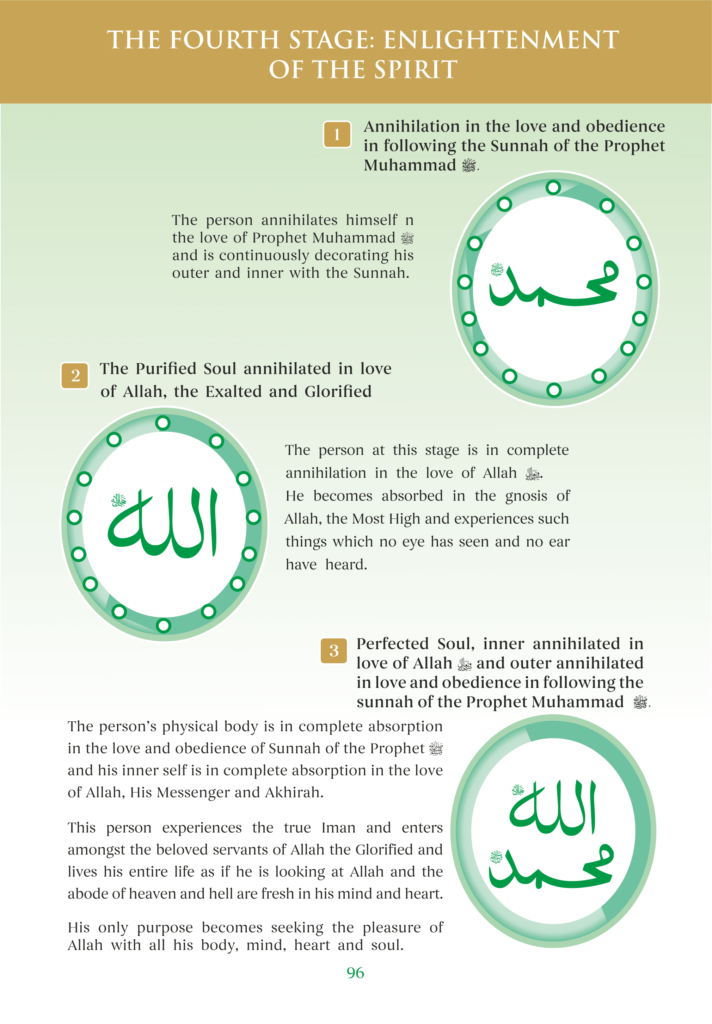 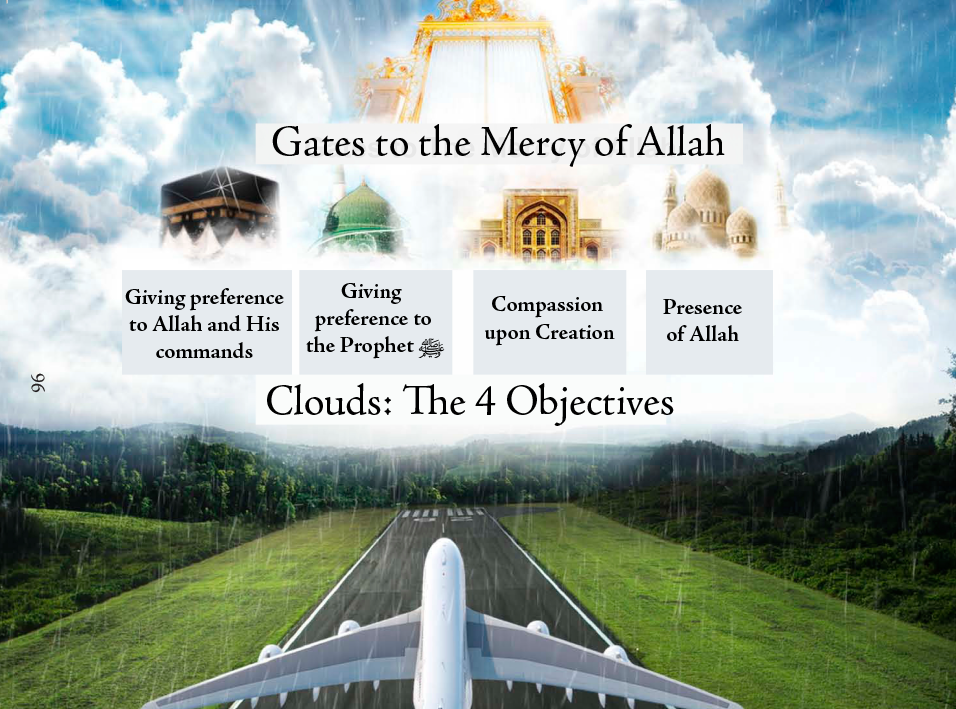 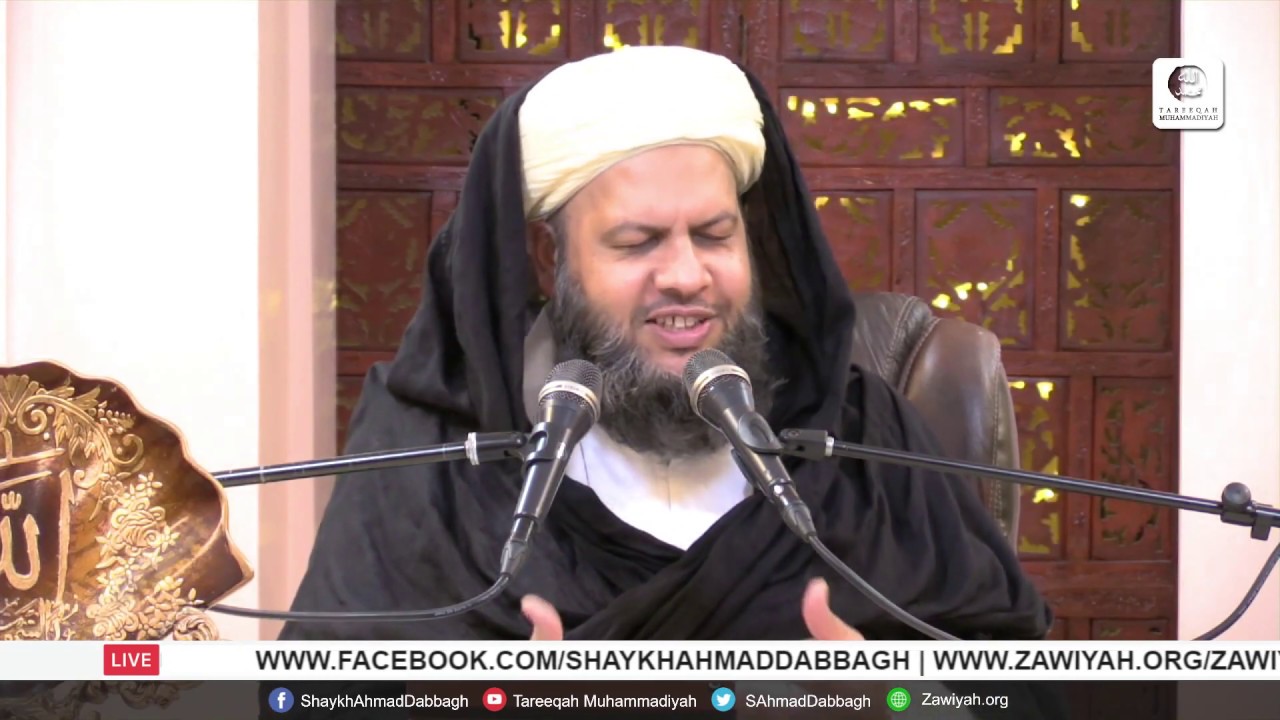 The Teacher and Ustadhs of Tareeqah Muhammadiyah travel around the world to help and benefit others from Purification of the body, mind, heart and soul, Perfecting one’s character, Marriage, Spiritual illness and much more. 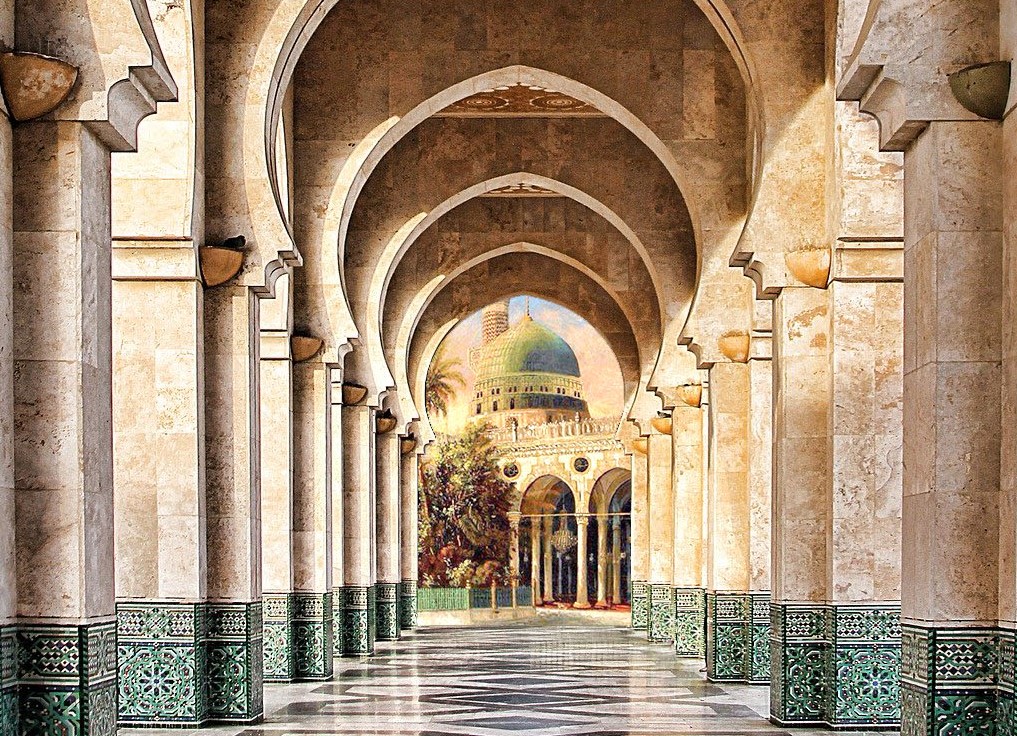